The music of 2019 closed out the decade on a high note, with flourishing artists understanding how to combine traditional elements—instruments like guitar, bass and drums—with modern recording and production techniques.  As a result, here are the best albums of the year (according to a recovering music addict):

Listen to all the Best Albums of 2019: Apple Music | Spotify

What it sounds like: Intricate guitar work and airy tenor vocals are carefully arranged to present a dimly lit masterpiece, rooted in multiple genres (folk, indie, jazz, singer/songwriter). On Deep Water, Kevin Henthorn (AKA Cape Francis) keeps plenty of empty spaces in his compositions to let elegant chords and graceful melodies fade in-and-out of silence.
Why I love it: Rather than rely on deals with major record labels, most of today’s musicians rely on themselves to keep their art alive. Deep Water deals with what it means to be an artist trying to balance creative life with work life—let’s hope Cape Francis keep making beautiful music for a very long time. 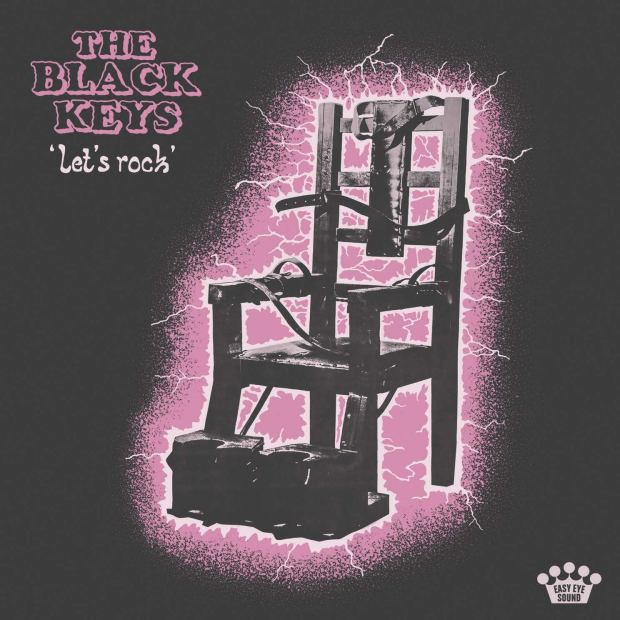 What it sounds like: Auerbach’s vocals shift from being smokey to raucous, guitars rip through the speakers, bass lines soothe your soul, and drums rumble and crash like an incoming storm. Let’s Rock is 100% pure rock.
Why I love it: In 1946, an electric chair malfunctioned and failed to execute a prisoner. Having survived, lawyers for the prisoners argued that, although he did not die, he had been executed as defined by the law. The next year, the US Supreme Court ruled against the prisoner and he was returned to the electric chair and successfully executed. In the case of The Black Keys latest effort, the cover art features an electric chair charged with electricity and the promise to “let’s rock”. It’s clear that this chair (with no surviving prisoner in sight) made good on its promise—after listening to the album, so did The Black Keys.

8) The Japanese House – Good At Falling

What it sounds like: Dream-fueled anthems drenched in complex layers of bedroom pop, electronica, and indie-art rock make up Good At Falling. This is music for long distance travel through dark landscapes, or late night episodes of soul-searching—some moments are quietly devastating, while others are cautiously optimistic.
Why I love it: With EPs released nearly ever year since 2015, this is the first official full-length album from England’s Amber Bain (AKA The Japanese House). Like her previous work, Good at Falling is a gem that might stay hidden from the masses for a while, but is guaranteed to eventually be discovered and infatuated over for many years to come.

What it sounds like: Raw, emotive vocals claw through Thrice’s masterful arrangements. While maturing into one of the most well-sculpted artists to come out of the post-hardcore scene, Thrice now prioritize melody alongside their ability to create music that can shake you to the core.
Why I love it:  With lyrics like “stay deep in the moment, just breathe—feel the flow of all things in the moment’s sway”, songs like “Just Breathe” could almost be used as mantra for meditation. Other moments deal with more vexing issues, like how “The Grey” seems to tackle the political divide: “you’re rigging the game, you’re part of the system—it shows in the way that you never listen when I speak”. It’s these contradictions that make Palms a perfect companion for both deep thought and emotional release.

What it sounds like: Surviving teeters carefully between frenetic energy and intricate fervor. Jimmy Eat World have borrowed the best bits of their past (hooks of Bleed American driving songs like “Criminal Energy” and raw emotion of Futures fueling tracks like “Recommit” and “Congratulations”) while continuing to experiment with new sounds and production techniques (i.e. “555”).
Why I love it: The pride of Arizona return with another fabulous release only three years after the impeccable Infinity Blues, continuing to add to an already impressive catalog. Rather than going through life with a “just need to get through it” attitude, Surviving reminds us how important it is to figure out how to enjoy the ride.

What it sounds like: Foals’ second release of the year is drenched in hyper indie-rock anthems that pull and wretch at built-up tension. Heavy mid-tempo riffs share the space with punishing beats and relentless howls of declaration to help pick you up after you’ve been broken down.
Why I love it: While both Part 1 and 2 could have made this list, here is the stronger of the two, solidifying Foals as a true force. Frontman Yannis Philippakis self-described Part 2 as “songs about working through it and the power of perseverance and energy and passion, and not being defeated” and that some tracks have a “when you’re going through hell, a keep going type of mentality.” Here’s the perfect album for anyone feeling like 2019 did them wrong, so they’re charging into 2020 like a hungry pack of wolves.

What it sounds like: Convulsive beats are paired with seductive melodies to present this disciplined singer-songwriter’s words in a format that’s both refreshing and revitalizing. Noah Gunderson has a spell-bounding voice that sits atop a destructive layer of synths, loops, guitar and bass.
Why I love it: Lover hits you like a 3 AM whiskey—heavy and rich—pulling down your mental guard to open your mind for brazen reflection and careful introspection. Gunderson self describes the album as “exploring themes of love, failure, drugs, sex, age and regret and the search for acceptance and peace.” This is for anyone who’s just experienced any (or all) of these things.

What it sounds like: Tora’s fourth LP is a soulful, moody and intimate album layering innovative electronic elements over perfectly executed instruments. You can dance to these songs, but you might just want to find a comfortable couch to sink into as your crooned and grooved into submission. Can’t Buy The Mood is best served chilled, two rocks.
Why I love it: As an amalgamation of genres and thick with originality, it’s difficult to figure out which artists inspired this work. For example, a song starts out sounding like a chillwave track, but you’re hit with a resounding kick drum that’s more Dr. Dre than downtempo. Can’t Buy The Mood is my introduction to Tora, and I’ll soon be working backwards through their catalog, but not until I’ve spun this one a few more hundred times.

What it sounds like: Why Me? Why Not. growls in the same vein as the one-two punch of Definitely Maybe/Morning Glory, hitting hard with honest and direct rock ’n’ roll. The album title comes from two John Lennon paintings (“Why Me?” purchased by Gallagher at an exhibition, “Why Not” a gift from Yoko Ono), an apropos relationship considering the Beatlesque sounds crafted into these songs.
Why I love it: With his swagger back in full swing, Liam’s blessed us with the closest thing to an Oasis sounding album from either of the Gallagher brothers in years. With a little help from his friends (Greg Kurstin/Andrew Wyatt lending their writing and production talents, plus fierce guitar work from Nick Zinner of Yeah Yeah Yeahs), Liam’s crafted masterful songs with skilled vocals, completely worthy of the famous LG “biblical” stamp.

What it sounds like: Instead of making drastic shifts to their sound over the years, Guster have treated their career like a recipe that gets better and better each time you cook it—replacing the flavors that didn’t quite produce what they wanted on previous albums with a fresh batch of ingredients. In the case of Look Alive, chefs Ryan, Adam, Brian and Luke hand-selected a rich blend of imported spices for our eating (err…listening) pleasure.
Why I love it: It took me 15+ years of being a fan—experiencing all the good, bad, and ugly that happens in that amount of time—to make it to my first Guster show this last summer. Look Alive combines all my favorite music elements: innovative and meaningful writing, catchy melodies, remarkable performances, and near-perfect sounding production. It makes sense that my first live Guster show was in support of their best album to date.

The above list was developed to help readers find new music via the music service of their choice. I try to keep the commentary concise, only including the elements that I find most helpful when receiving a recommendation: brief list of my favorite songs, how each record compares to other artists/albums folks may know, and what’s unique (or what do I love) about these albums in particular.

A Blog By: Kenneth Bringelson